Below is the final story in our four-part series on “life after foreclosure.” Read the previous posts beginning here.

One of the lessons Eddie Hines has learned from his ordeal of the past four years is to seek professional help early.

Hines and his wife bought a house in Pittsburgh in 2000. It was their first, and he admits now that they did it “blindly” – without the expert counseling provided by organizations like NeighborWorks of Western Pennsylvania, which stepped in later to help, in much less happy circumstances. 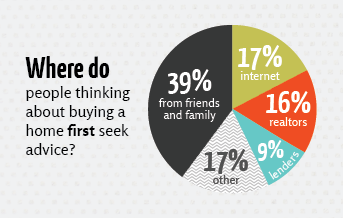 Hines was in good company, unfortunately. A survey commissioned by NeighborWorks America last fall found that when asked where they would go first for advice before buying a house, more than a third of American adults (39 percent) cited family and friends who had already purchased a home. Distant runners-up were the Internet (17 percent) and real estate agents (16 percent). Far behind were housing counselors and (more specifically) non-profit homeownership advisers (3 and 5 percent, respectively).

“We bought directly from the owner, and he took advantage of our obliviousness,” recalls Hines. “We basically paid too much.”

Still, they lived in their home comfortably until Hines, a school counselor, lost his second job with the local newspaper when his shift was cut. The income on which the family of four had relied dropped significantly, and they didn’t make the necessary budget changes. “We had gotten attached to a certain lifestyle,” he admits now. “We didn’t face up to reality.”

Once again, Hines was part of a national “epidemic.” A 2014 survey commissioned by NeighborWorks America found that almost a third of adults have no emergency savings, and another 21 percent have only enough to tide them over for a month. A related poll conducted by the National Foundation for Credit Counseling documented that just two in five U.S. adults (39%) – a proportion that has held roughly steady since 2007 – say they have a budget and keep close track of their spending.

The resulting stress proved too much for Hines’ marriage, and his wife moved out, leaving him solely responsible for the house. When he became ill, forcing him to take extended sick leave from his job at the school, it was the proverbial last straw. Hines tried to apply for a loan modification while he was still paying, but was denied because he was current – a common Catch 22. When Hines eventually fell behind on his mortgage payments, he was denied once again due to his wife’s refusal to co-sign.

Finally, he turned to Devon March, a counselor at NeighborWorks of Western Pennsylvania.

“I was extremely stressed at that point,” he recalls. “I had lost my family, and living alone. Devon assessed the situation and asked me a simple, direct question, ‘Is this house worth the cost to you to keep it?’ And I realized the answer was no.”

Since then, Hines and March have become more than just client and counselor, frequently emailing each other to keep in touch. Today, Hines is renting an apartment and is back at work. He is still meeting with March, this time to build a budget and action plan so that he can someday become a homeowner again. With her help, he is on track to achieve that – just not right now.

“Eddie has a very positive attitude,” March says. “It’s like he has begun a second life. Now that he has a plan, he can sleep at night.”

Hines agrees: “Overall, I can say now that the ordeal has had some positive effects. If you take this kind of thing too much to heart, it will destroy you. But I’ve discovered my own resilience, and learned not to take everything so personally. I can’t control the actions of everyone else, so I am focusing on me.”

Although he is happy in his apartment for now, Hines still values homeownership because “it teaches my children, for whom I want to be a role model, to strive for your goals. They look to see how you handle adversity, and I want to show them that you can bounce back.”