HUD Secretary Donovan Announces That the New $8,000 Homebuyer Tax Credit Can be 'Monetized' and Used for Downpayment

The American Recovery and Reinvestment Act of 2009 offers homebuyers a tax credit of up to $8,000 for purchasing their first home. Until now, families could only access this tax credit after filing their tax returns with the IRS.

HUD Secretary Donovan’s announcement details FHA's rules allowing state Housing Finance Agencies and certain nonprofits to "monetize" up to the full amount of the tax credit (depending on the amount of the mortgage) so that borrowers can immediately apply the funds toward their down payments.

Home buyers using FHA-approved lenders can apply the tax credit to their down payment in excess of 3.5 percent of appraised value or their closing costs, which can help achieve a lower interest rate.

NeighborWorks America announced this month the launch of a new social media program. NeighborWorks is now engaging in a range of social media platforms – from this news blog and Facebook to Twitter and Flickr – to better connect with our audiences and to more rapidly disseminate news and information about the organization and the housing and community development field.

“The addition of a social media presence to our communication strategy enables NeighborWorks to interact with our target audiences about the issues that are important to them. It will continue to raise the profile of NeighborWorks as a leader in the nonprofit industry and give us the opportunity to build audience feedback and needs into our strategic planning,” said Linda Cotton Perry, director of Development and Communications at NeighborWorks America NeighborWorks America.

Learn more about how you can stay connected with NeighborWorks America
at 9:26 AM No comments:

The Obama administration is attempting to revive the stalled Hope for Homeowners program that could restore equity to hundreds of thousands of borrowers whose home values have plummeted. According to the Washington Post, after eight months, the program has helped just one borrower secure a more affordable loan.

President Obama signed legislation last week simplifying and lowering the cost of the program for lenders and borrowers. Lenders that participate also are eligible for incentive payments from government bailout funds.

The article also reports that the revised program is now attracting some unexpected backers: Investors who had refused to consider the program's requirement that they forgive some of a borrower's mortgage balance if the home is worth less than is owed, known as being underwater, are now trumpeting that provision. Read more from Washingtonpost.com.
at 3:40 PM 2 comments: 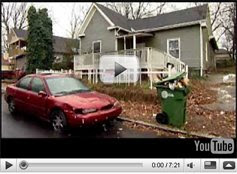 A new video from NeighborWorks America demonstrates the value of getting homeownership education and counseling before purchasing a home.

At the center of this piece is a new homeowner who was proactive in getting the guidance she needed.

It also features NeighborWorks America CEO Ken Wade, who emphasized that prepurchase education is an important weapon against foreclosure.

The counseling services of network member Resources for Residents and Communities of Georgia Inc. were highlighted in this video as well.

The video was completed in partnership with National Business Series, a production company that produces educational documentaries for public television. View video.
at 1:11 PM No comments: 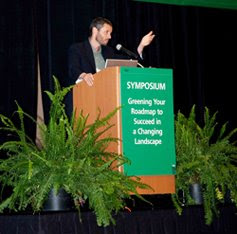 A NeighborWorks green symposium held in Phoenix May 6 attracted some of the most innovative thinkers in green affordable housing. They stressed the urgency of green housing, given environmental and energy concerns.

Read the summary, get presentations and download the new Green Roadmap for Project Development at nw.org/green.
at 11:43 AM No comments:

On May 13, NeighborWorks America CEO Ken Wade testified before the House Subcommittee on Housing and Community Opportunity on: “The Role of NeighborWorks and Housing Counseling Intermediaries in Preventing Foreclosures.” Read his testimony.
at 2:39 PM No comments:

Earlier in the year (on February 26, 2009), the President unveiled a $3 trillion-plus “Budget Blueprint” for fiscal year 2010, which signaled substantial investments in health care reform, renewable energy and education, and projected a 50 percent reduction in the federal deficit by the end of his first term.

“Through his volunteerism and demonstrated commitment to affordable homeownership opportunities and economic development, Bill Enloe has made significant contributions that have strengthened Santa Fe’s communities,” said Ken Wade, CEO of NeighborWorks America. “His efforts serve as an inspiration to others.”
at 2:56 PM No comments:

NeighborWorks America today released a comprehensive sustainability guide to help community development corporations and other non-profits to evaluate and improve the environmental and sustainable footprint of their organizations, or in short, "Go Green." Greening Your Non-Profit from the Inside Out: A NeighborWorks Guide for Community Development Organizations is built off of 22 actual sustainability audits of nonprofit organizations and uses these examples to tailor a “Go Green” guide for nonprofit organizations.

The guide also gives seven strong business reasons that a nonprofit organization should “go green.” They include:

Download the report and learn more about NeighborWorks America's Green efforts at nw.org/green.

The 2009 NeighborWorks Government Service Award recipients have just been announced. This is an honor that recognizes elected or appointed officials at the local, state, and federal levels that have made significant contributions to improving the lives of the people in their communities through support for affordable housing and community development.

“The commitment demonstrated by these leaders at the federal, state and local government levels is ever more important given today’s challenges in the housing market and the economic crisis,” said Ken Wade, CEO of NeighborWorks America. “The 2009 honorees recognize the far-reaching impact of community development efforts. From supporting foreclosure intervention efforts and educating families about predatory foreclosure rescue scams, to ensuring residents have access to quality affordable housing, and revitalizing areas affected by blight, the 2009 honorees have made the communities they represent better places to live. We are proud to honor them for their invaluable service.”

Meet the 2009 Government Service Award winners.
at 9:53 AM No comments:

Each year NeighborWorks America recognizes eight community leaders from around the country for their outstanding contributions to their communities. This year’s honorees, who have just been announced, exemplify the commitment to community service and to helping others that is championed by NeighborWorks America and its national network.

“This year’s honorees have demonstrated a steadfast commitment to improving the communities in which they live,” said Ken Wade, CEO of NeighborWorks America. “The important contributions of these volunteers have helped to transform and enrich their neighborhoods and towns, creating lasting benefits for countless residents. We are proud to honor them for their generous service to others.”

Learn more about the Dorothy Richardson Award for Resident Leadership and meet this year's honorees.
at 10:57 AM No comments: