It's the time when residents across the country think about preparing their tax filings -- and that often translates into stress for a lot of people, especially new homebuyers facing the task of itemizing for the first time. For organizations that offer financial education and counseling programs, it's an ideal opportunity to build your community visibility and reach new clients. The op-ed below was issued nationally by NeighborWorks America, but could easily be adapted for placement in local media, newsletters, etc.

Don't be 'taken' this tax season

All of the data aren't in yet for 2013, but it's safe to assume that hundreds of thousands of people became first-time homeowners last year. Becoming a homeowner also means that many people for the first time will find it beneficial to itemize their tax returns. The advertisements about using a paid, professional service for completing and filing tax forms are filling the airwaves, newspapers and other media. Most of these advertisements promise friendly and fast service. But few if any of these ads disclose the cost.

According to a study by the National Society of Accountants, the average cost of tax-preparation services in 2012 individuals without itemized deductions was $143 for a 1040 form and an accompanying state tax form. The same survey found that the cost to have a longer, itemized tax return completed -- required by most homeowners -- was $246.

To put those costs in the context of everyday household expenses, $246 is slightly above the average monthly winter utility bill forecast by the U.S. Energy Information Administration.

How to avoid the cost of tax preparation fees

But taxes are complicated, especially for consumers who have never itemized deductions before, which is usually the case for first-time homeowners. So, isn't using a professional tax preparer a good idea?

It is a good idea to seek trained help, especially if it is available at little to no cost. And that kind of help is available for many people, especially those with low- and moderate incomes, whether homeowners or not. 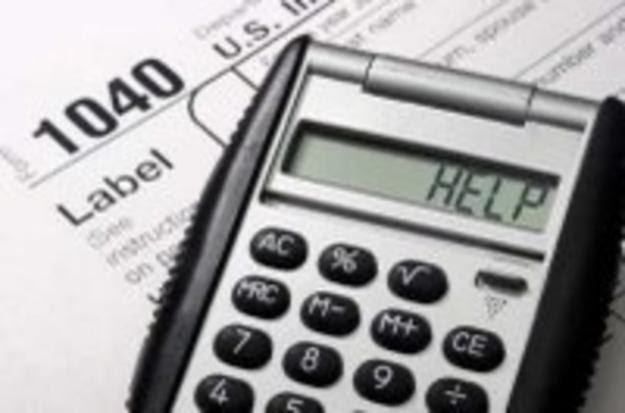 More than dozens of NeighborWorks organizations and their local partners are ready to work with taxpayers on their forms. NeighborWorks organizations and other community-based nonprofits offering tax preparation services typically do so as part of the Internal Revenue Service's Volunteer Income Tax Assistance (VITA) and Tax Counseling for the Elderly (TCE) programs. The VITA program is limited to people who make less than $51,000 -- about the median income in the United States -- while the TCE program is limited to filers who are 60 years or older.

In 2012, more than 92,000 people volunteered to help and more than 3.3 million returns were filed by all VITA sites around the country-- all at no cost.

The attraction of 'fast-money' tax services

Many advertisements for tax-prep services also promise fast refunds – a prospect that is particularly alluring to low-income individuals and first-time homebuyers. However, these refund advances or loans should be avoided.

The truth is, refunds from tax returns filed electronically are available  within a week or two, making the fees charged for on-the-spot "advances" of highly questionable value. According to an analysis of 2012 refund programs by the National Consumer Law Center, the average annual interest rate charged for a quick refund loan exceeds 100 percent. No homeowner would be willing to pay such a rate for a mortgage, and there's no reason anyone should pay that kind of  fee just to receive the money they earned.

So collect your W-2 and other financial documents for 2013 and head over to one of the hundreds of locations that offer free tax-prep services.  A list of locations can be found on the IRS website. It's worth it.