In March of 2012, HUD Secretary Shaun Donovan reported that the average cost of a single homeless person in America was $40,000 a year.  The long list of services used by the homeless proves that traditional efforts to transition them to sustainable, self-sufficient living are not working.

But what if, instead of focusing on services that prepare the homeless to live off the streets, we turn that model on its head and start with housing first?

That’s exactly what Dana Trotman, president of Avesta Housing in Maine, did with his Logan Place and Florence House developments, and the results are inspiring. Over the course of the first year, Logan Place tenants who participated in a study spent 21 nights in jail as opposed to 171 the previous year, used 140 beds in emergency shelters instead of 5,163, and experienced a 70 percent reduction in medical costs.  Creating a sense of stability and safety by offering a clean and safe place first may just be the key to combating chronic homelessness. 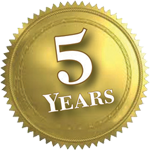 Founded in 1972 and chartered as part of the NeighborWorks Network in 2008 (making this year its fifth anniversary), Avesta Housing shared a similar course with other successful housing non-profits as it expanded its asset portfolio as well as the breadth and depth of its services.  But in March 2005, Avesta moved in a direction that would make it an innovative leader in serving the homeless population.  The organization opened Logan Place in an effort to show the cost-effectiveness of providing chronically homeless persons safe, private housing.

The typical model of serving the homeless is based on offering nights in a shelter, nutritious meals and access to limited health care. However, while studies have shown this approach helps approximately 80 percent of participants find permanent shelter, the other 20 percent stay on the streets, perpetually gobbling up services at a high cost to the public.  These individuals rotate spending their nights in shelters with stays in the emergency room, jail or out on the streets, in a cycle without end.

With the opening of Logan Place, however, Avesta moved toward a new model that recognizes the additional benefits that come from having a place to live.  The reduced stress and anxiety over one’s safety at night offers rest to otherwise weary and ill minds.  The opportunity to shower daily and care for personal hygiene in the comfort of a private bathroom brings a look of health and vitality to faces that had been missing for years – which in turn helps them find work.  With the accessibility of a kitchen pantry and refrigerator, combined with the security of long-term housing, they no longer have to live day to day.

That is the key to the success of Logan Place and Avesta.  By helping chronically homeless individuals achieve a lifestyle that feels safe and dependable, they can begin to focus beyond the most basic human needs.  Many individuals, who avoided psychiatric help before, not only see counselors but choose to host their sessions in their apartments, expressing pride in their new homes.  Others work to develop better general health, allowing them to focus on preventive and ongoing treatments, thus avoiding the costlier and less-effective emergency visits.  Several work as volunteers at the development’s administrative front desk, developing new skills that help them find paying work.

As should be the case with all good ideas, success begat success and in 2010, Avesta opened the women’s-only Florence House.  Developed in response to a crisis in female homelessness after the closing of the local YWCA, Florence House offers 25 apartments, as well as 15 semi-private units, a large kitchen that feeds the residents, community space and laundry facilities.

Avesta touts its Housing First approach as “a solution-oriented response to the problem of chronic homelessness -- a way to end homelessness, not manage it.” So far, the results look promising.