From parks to circuses: Oklahoma NeighborWorks group goes ‘out of the box’ to fight poverty 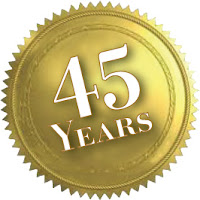 If there is a common challenge that afflicts all nonprofits, no matter  their scope of work, it’s finding a way to fund everything they want to do – especially infrastructure needs like staffing and space. The Little Dixie Community Action Agency, which proudly labels itself a “survivor” 45 years after its founding, has found a creative way to become more self-reliant:  managing parks for the State of Oklahoma.

“We bring in about half a million dollars from user fees every year,“ proudly explains Becky Reynolds, associate director. “At the same time, we’re saving money for the state government, creating additional opportunities for training and employment, and preserving camping, boating and other recreational activities for residents.”

Little Dixie first experimented with park management in the 1970s, when it was asked to manage the group camping area that served as the “home” for one of its youth programs. But it wasn’t until 1997 that park management became a planned strategy.

Expert at finding and qualifying for grant assistance, Little Dixie received funding via the Empowerment Zones and Enterprise Communities Act of 1993 to draft a 10-year strategic plan for the three counties in its service area. During the resident dialogues that followed, community members vented their anger over the planned closing of two parks that generated tourism income as well as offering much-needed “green respite” through a marina, hiking trails, rental cabins and more. Little Dixie came to the rescue. Today, they are among four state parks managed by the agency.


Thinking out of the box makes Little Dixie 'go-to' agency

This “out-of-the-box” approach to generating income and providing service is why the federal Department of Health and Human Services (HHS)  has relied on Little Dixie to provide technical assistance to other rural community action agencies in 11 states – well beyond its “home zone.”  Little Dixie is one of 10 affiliates in the NeighborWorks network to receive a Community Service Block Grant (CSBG) from the HHS, a program created as part of Lyndon B. Johnson’s War on Poverty to increase self-sufficiency, improve living conditions and promote community pride in low-income regions.

“We’ve been a CSBG agency since 1972, and that means we focus on giving a “hand up” instead of just a “hand out,” explains Reynolds. For example, each of the families who transition to homeownership through the agency’s Self-Help Housing Program join with their friends, family and neighbors (usually a team of four to 10) to build their new home – what Little Dixie calls “building sweat equity.” The agency staff provides homeownership training, assists families with their loan applications to USDA Rural Development, secures sites for home construction and subcontracts skilled work such as plumbing and electricity. It’s a little like the Habitat for Humanity model, but with a lot more support built in.

With Little Dixie’s three primary counties ranked first, third and seventh in the state in terms of unemployment, one of the agency’s other significant challenges is working to support job creation, including nurturing a nascent tourist industry.

“We like to say that southeast Oklahoma is one of the best-kept secrets in the country,” laughs Reynolds. “Most people hear Oklahoma and they think of the desolate panhandle. But this part of the state is very beautiful, with lots of pine trees, lakes and rivers. People from Arkansas to Texas come here to hunt, tour the trails with four-wheelers or just relax in a luxury cabin.”

Through Little Dixie’s Small Business Loan Fund, it is helping residents nurture this growing source of revenue, as well as more unusual ventures – such as the renovation of an abandoned building for a circus museum and training gym for novice performers. Since 1937, as many as 22 circuses have called Hugo, Oklahoma, home during the winter – including three that currently tour the country during the warmer months. Performers who have long since stopped touring are buried in their own section of the town cemetery, called “Showmen’s Rest.”

A low-interest loan of $80,000 from Little Dixie is helping that dream become reality – and in the process bringing visitors into town and putting residents to work.