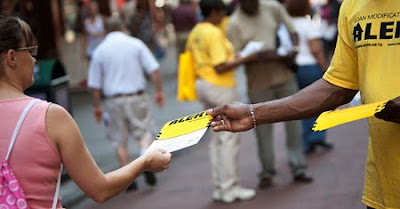 As NeighborWorks America marks the first anniversary of the launch of the Loan Modification Scam Alert campaign, this Halloween season NeighborWorks would also like to remind homeowners to beware of the “tricks” that loan modification scam artists are using to fleece homeowners in danger of foreclosure out of cash, equity, and even the deeds to their homes.

The Loan Modification Scam Alert campaign was launched October 26, 2009 at the City Hall in Los Angeles, the area with the largest number of foreclosures in America. Since then several organizations have mobilized people around the country to educate homeowners about loan scams and how to report them. So far, over 59 million people have been exposed to the signs of a loan modification scam and over 6,000 courageous people have reported scams to authorities. Now, close to 30 national and local organizations have received grants to educate homeowners in communities that have been hardest hit with foreclosures and scams.

What can you do right now to help?

Remember to share this information with your co-workers, friends and family. They may desperately need the information but they may be too embarrassed to ask you. Visit http://www.LoanScamAlert.org to learn more.

Click play to enjoy the photos. If you're having difficulty with the player above go here.

District Director Deborah Boatright emceed, and reflected on the five years since the Northeast District was established: “We are so proud of the partnerships we have developed throughout the region. Together, we are striving to stabilize communities, preserve wealth, sustain homeownership, promote professional excellence, pioneer new models to create and preserve affordable housing, and integrate new technologies for a greener future.“

NeighborWorks COO Eileen Fitzgerald presented the award to Commissioner Jonathan Mintz, who as head of the NYC Department of Consumer Affairs has made free financial counseling available to residents citywide. His office is a strong supporter of the Loan Scam Alert Campaign, even dispatching volunteers on bicycles to distribute information and report scam signs.

“Commissioner Mintz has pioneered cutting-edge initiatives that protect the financial well-being of NYC residents and neighborhoods, and he is leveraging unprecedented public and private partnerships to do so,” remarked Fitzgerald. “The Commissioner founded and now co-chairs Cities for Financial Empowerment, where he works with leaders from cities across the country to advance innovative financial initiatives to help low income residents get ahead.”

“Diane has been a go-to person at HUD for over 30 years. She mentors emerging leadership and helps organizations make the connections needed for success,” remarked Wade. “Diane is most proud of her contribution to improving urban landscapes and empowering moderate low and moderate income residents in the extensive state of New Jersey. We are too.” Johnson asserted her New Jersey pride with a rousing speech that clearly outlined the Garden State’s many achievements in community development.

Jane Azia, Director of Consumer Protection at the NYS Banking Department, was honored for her efforts to combat foreclosure. Azia helped shape legislation and then developed regulations for two major NYS laws establishing the most comprehensive rules in the country governing mortgage servicers. She has made it a priority to be available to housing counselors, providing information, escalating cases and consulting with practitioners to devise the most effective solutions to help homeowners.

“Jane is, without a doubt, a hero to homeowners and housing counselors, though she would be the first to tell you, it is the housing counselors who are the true heroes,” stated Wade, “And though we agree, is it just this type of selflessness and dedication that makes Jane truly one of a kind.”

Azia spoke for all in attendance when she commented that “The theme of the evening - a community united - perfectly captures what is so wonderful about NeighborWorks, why it is such a success and why I feel so fortunate to be one of your partners.” 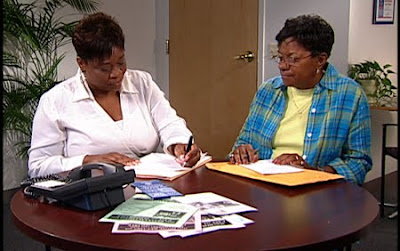 A research study conducted by the Public Policy Research Center (PPRC) at the University of Missouri -- St. Louis found that 84 percent of homeowners who received counseling were successful in avoiding foreclosure. The study was commissioned by the Metro St. Louis Foreclosure Intervention Task Force, and the findings show that the costs of providing foreclosure counseling paid off dramatically.

PPRC studied 1,460 homeowners who were counseled by Beyond Housing, a St. Louis NeighborWorks organization. “This study proves what we had suspected all along; that even a modest investment in counseling pays enormous benefits by allowing homeowners to become current and keep their homes,” said Chris Krehmeyer, CEO of Beyond Housing. 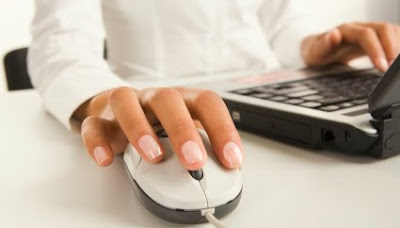 Direct Lending Family and NeighborWorks see this alliance as a national alternative to traditional local or regional lender options of most nonprofit mortgage originators. The national system reaches more than 100 lenders and state housing finance agency mortgage options giving consumers working with a nonprofit originator the greatest opportunity to obtain the best mortgage for their needs, no matter where they live.

“This is a fantastic development for nonprofit mortgage lending,” said Marietta Rodriguez, national director of homeownership and lending at NeighborWorks America. “By enabling NeighborWorks organizations to access the most diverse mortgage choices available around the country, we are able to help more homebuyers get the right mortgage for the long-term, at the best cost possible.”

While on the surface the Direct Lending platform appears similar to other multiple-lender internet services, Tammy Butler, CEO of Direct Lending Family says that conclusion is incorrect.

“The only similarity between NeighborWorks Mortgage Source and other online multiple-lender platforms is the fact that they are both online. Mortgage Source does not sell personal information to multiple lenders, does not let predatory mortgage products get into the system and provides the client with a complete and unbiased underwriting of their personal financial situation at a lower cost to the consumer than the national average.” said Butler.

Butler noted that NeighborWorks Mortgage Source is designed specifically to take into account during the underwriting process the possibility of multiple sources of cash to close, a typical situation when dealing with nonprofit mortgage originations which may see a homebuyer come to the table with funds from their own accounts and grants from as many as half a dozen other sources.

Importantly, homebuyers coming to NeighborWorks for mortgages go through its homeownership advisory services first, which in the past have shown to be very effective at lowering relative delinquency and foreclosure rates because of the NeighborWorks emphasis on obtaining the right loan at the right time and within the present budget.

“The homebuyers with whom NeighborWorks does business often are not traditional borrowers, but want traditional pricing,” said Rodriguez. “The flexibility of Direct Lending’s platform recognizes this and delivers for the many homebuyers that traditional underwriting overlook and who NeighborWorks helps achieve sustainable homeownership every day.”

Making Green Work for Our Communities

The purpose of the two-day workshop, led by NeighborWorks' Community Building and Organizing Programs (CB&O), was to connect community members with one another and share information on how to tap economic development opportunities from an emerging green economy.

“After the BP oil spill, communities along the Gulf Coast have been hungry for knowledge sharing and coalition-building to explore alternative livelihoods in the green industry," said CB&O Director Susan Naimark. "We learned that the various groups most impacted by the oil spill – particularly the Vietnamese, Native American and African-American communities – were not connecting with each other. We were thrilled and honored that NeighborWorks America could play a convening role to fill this void,” Naimark added.

CB&O Senior Program Associate Bernadette Orr, who organized the workshop, emphasized that community building and organizing is a critical component not only in building communities, but for maximizing on opportunities in a green economy.

“Community building relies on empowering residents to define what green is for their communities, and helps galvanize their energy, talents and abilities to create workable solutions,” said Orr. “Community-building and organizing helps change the hearts and minds of people by empowering them to become involved in not only defining the problem, but creating the solutions.”

Continue reading to learn how residents were inspired, energized and determined to take action.

In a recent interview with Multi Housing News, Thomas Deyo, deputy director of NeighborWorks America's National Real Estate Programs, discussed the high cost of capital and other challenges facing nonprofit community development organizations. View video below. If you are having trouble with the player, view it here: http://bit.ly/97oZlU.
at 2:24 PM No comments: