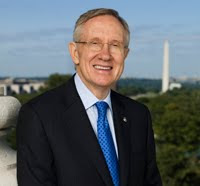 The state of Nevada has the highest foreclosure rate in the country, making it a prime breeding ground for foreclosure rescue scammers out to take advantage of struggling homeowners. Last week Senator Harry Reid of Nevada joined state and federal officials to launch a Stop Foreclosure Fraud campaign, and NeighborWorks America was invited to speak.

“Each day, families are losing their homes or equity and their fair share of the American Dream,” Senator Harry Reid said at the event, which was reported in the Las Vegas Sun . “As foreclosures rise, so do instances of fraud.”

“It’s quite regrettable that such a campaign is necessary,” said Marietta Rodriguez, NeighborWorks America’s deputy director of National Homeownership Programs and Lending.

NeighborWorks America launched a similar national campaign in October and is currently traveling the country educating homeowners about loan modification scams. This Nevada effort is a separate campaign focused solely on the state’s foreclosure problem.