It’s a story that’s been repeated across America: What builds a town up is also what, eventually, brings it down. In Detroit, it was the auto industry. In West Rutland, Vermont, it was marble quarrying. 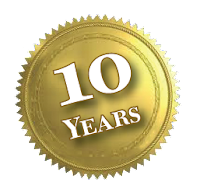 When high-quality marble deposits were discovered in the 1830s – followed by the extension of the railroad into town – Rutland was suddenly put on the map. The simultaneous decline of the famous quarries of Carrara in Tuscany, Italy, transformed it into one of the leading marble producers in the world. (The name of the main “drag”? “Marble Street,” of course.)

The double-whammy of a large strike in the 1930s and the Great Depression, however, took a toll from which the town never quite recovered. In 1986 the quarry was forced to close, plunging the outwardly idyllic enclave of “cows and jeans” into economic decline.

“At its height, the quarry alone employed 2,400 people,” recalls Ludy Biddle, executive director of NeighborWorks of Western Vermont. “Now, there are only about 2,500 people living in the entire town and the county is the second-poorest in the state. For all social measures, it’s in the red – poverty, unemployment, teen pregnancies and, recently, foreclosures.”

Another recurring theme in America, however, is the recovery from adversity that’s possible when residents come together in response to crisis. The disastrous year of 1986 also is when the organization was founded by a group of local citizens to help the remaining residents stay in their homes by keeping them in good repair.  By the 1990s, the area serviced by NeighborWorks of Western Vermont had expanded from four neighborhoods to the entire county and a homeownership program was added to help both first-time buyers and a trickle of newcomers – primarily artists and families looking for a semi-rural lifestyle.

This year, the organization is celebrating its 10th anniversary as a chartered member of the NeighborWorks Rural Initiative, which strengthens communities with small populations by helping them integrate into their regional economies. It now serves three counties, not only with its original rehab assistance and homeownership counseling, but also with “financial fitness” coaching and foreclosure prevention. In 2012:

• Two foreclosed houses were purchased by the organization; rehab was begun on another five, with two completed and put on the market.
• 24 individuals graduated from the homebuyer education program and another 25 completed the organization’s financial-fitness training.
• Thirty-seven families successfully negotiated foreclosure alternatives with their mortgage lenders. Another 12 received coaching as they made the decision to opt for a reverse mortgage.
• Nearly $800,000 in loans was dispensed to pay for 40 home repairs.

Biddle is particularly proud of her organization's participation in the NeighborWorks Green Organization. In fact, in 2010, it was awarded a $4.5 million grant from the Department of Energy for its H.E.A.T. squad (Home Efficiency Assistance Team) – which now boasts the highest penetration rate in the country among similar programs.

Joan Jackson, a retired librarian who has lived in her Wallingford home since 1959, is just one example of the 577 households that received an “energy check-up” in 2012, thanks to the program. Her roof had been damaged by winter ice, the house was so cold she was constantly bundling up to stay warm and the increasing cost of fuel was a persistent worry due to her fixed income. But with the installation of insulation in her basement and upstairs walls, along with air sealing around her doors, ceiling and attic hatch, she is warmer and her fuel bills are 34 percent lower. (Watch a video interview with Biddle, as she explains just how the program works.)

“Twenty-five percent of the people we’ve been able to help with our H.E.A.T. squad are below 80 percent of the area’s median income – individuals who usually aren’t able to participate in programs like this, even though they need it the most,” says Biddle, adding that the organization is now looking for additional funds as the DOE grant sunsets. “The average household we serve spends 3-8 percent of their already-low income on energy. With H.E.A.T, they save an average of 386 gallons of fuel a year – about $1,500 a year. It’s central to our mission to make homeownership affordable.”