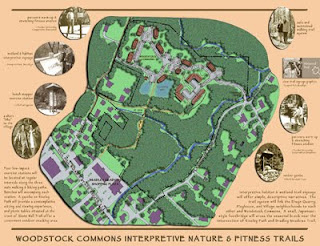 Rural Ulster Preservation Company (RUPCO), a NeighborWorks affiliate, recently broke ground in Woodstock, New York, on one of the first LEED certified affordable housing projects in Upstate New York. The $16-million new development will feature nature trails available to both residents and visitors and is the first known geothermal design for affordable housing in the state, outside of New York City, according to RUPCO.

The geothermal design means that Woodstock Commons will be completely independent of fossil fuels for its heating, cooling and domestic hot water production, according to RUPCO officials. The organization is also working with New York Energy Star for Homes on a variety of Energy Star and related energy efficient products and services. RUPCO reports that the design will produce long-term maintenance and operating savings for the organization and utility cost savings for the seniors, working families and artists who will live in the 53-unit complex.

RUPCO Executive Director Kevin O'Connor said he and his team were happy that the a "grueling" eight-year development and approval process is over and that they will be able to start the site work. "Right now we just want to turn the page and move forward," said O'Connor. "This project has been so long delayed that once we had all permits in place, we wanted to get started and not lose a single day in the construction season."

Woodstock Commons will include eight two-story, walk-up buildings with 32 townhouse-style family apartments, three additional buildings with 20 senior units and a community building with a two-bedroom superintendent's apartment. Twelve units also have been set aside for artists at the site.

"We really look forward to building something that all of Woodstock can be proud of," said RUPCO Community Development Director Guy Kempe. "Four or five years from now, we expect the homes and the people living there will be an integral and welcomed part of the fabric of Woodstock."

According to RUPCO officials, as many as 60 jobs will be created during the construction and as many as 25 permanent jobs will be created locally to maintain the property and serve the residents who live there. The residential homes will be affordable to households earning up to 30 percent, 50 percent and 60 percent of the area median income (AMI) and will include a mix of one, two and three bedroom units.