Rochester, NY, group works to keep city from going the way of Detroit

When the news first broke that the city of Detroit had filed for bankruptcy, Kim Brumber, CEO of NeighborWorks Rochester, shuddered. Rochester, NY, may not be Detroit, but there are some parallels that hit very close to home.

“Like Detroit, a core of industrial giants fueled Rochester’s early growth,” recalls Brumber, a longtime resident of the area. “For Detroit, it was the Big Three automakers. For Rochester, it was Xerox, Kodak and (just in August) Bausch & Lomb.  And just as the declining competitiveness of the auto industry was a trigger of Detroit’s economic downfall, Rochester experienced its own spiral when one by one, our big employers downsized or left the scene.”

Brumber believes the days of “mega-employers” are over, and that smaller-scale entrepreneurship is what will eventually revitalize Rochester as well as other cities like Detroit. That takes, time, however, and NeighborWorks Rochester is focused on doing its part to prevent the population flight witnessed by its larger counterpart. A key element in that struggle is making sure that residents are able to stay in or access safe, quality, affordable housing.

“People just don’t have the equity in their homes anymore to spend what it takes to keep them in good condition,” explains Brumber. “Our approach is to make it financially feasible for residents to maintain their houses, and recently, we began offering help with energy-efficiency improvements that reduce their energy costs as well. Much of the housing stock here is very old, so the energy costs are high. We can often save them $100 a month – that’s $1,200 a year, which is significant for the people who live here.”

Over the years, NeighborWorks Rochester has adjusted its philosophy and services to match the changing nature of the city’s needs. The nonprofit was one of the original NeighborWorks organizations, focusing on rehab loans at a time when redlining in the largely African-American communities resulted in disinvestment. Gradually, the organization expanded its scope and services -- including a new focus on neighborhood stabilization and marketing.

“The traditional model for neighborhood re-investment is to demolish drug houses, etc. in the most blighted neighborhoods, thinking that change would follow. But this strategy doesn't work in cities that have a soft real estate market," says Brumber. "We've learned that turning neighborhoods around requires a market-based approach that draws in private investment of time and resources -- ideally before they start to rapidly decline, the typical time to intervene.” 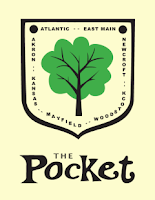 targets neighborhoods that are showing signs of social and economic disinvestment, but where residents are still trying to tread water. Through a combination of neighborhood “branding,” social gatherings and community-wide improvement activities, residents are encouraged and supported in their efforts to maintain the value of their property and nurture a sense of “belonging” that attracts and retains homeowners. For example, NeighborWorks Rochester partnered with the Realtors Charitable Foundation (an arm of the Greater Rochester Association of Realtors), the city’s police department, local businesses and others to energize the neighborhood called The Pocket. Monthly resident meetings are held in an area recreation center, and spring/fall clean-ups, ice cream socials and leadership workshops are among the results. An overgrown, vacant lot was transformed into the Emmighausen Garden, which produces an array of flowers and vegetables. Since 2008, sales prices in the neighborhood have increased 20 percent per square foot. What’s up next? A new logo soon will appear on street banners and crosswalks will feature “BoulevArt.”

In 2012, NeighborWorks Rochester reported re-investing $4 million into the city’s neighborhoods. The organization trained 365 individuals in how to be smart homeowners, helped 64 families become new homebuyers,  conducted 97 tests for lead in older homes and distributed 82 home-improvement loans and grants, totaling $1.2 million.

In a recent article in the Rochester City newspaper, a member of the editorial team wrote, “What the Greater Rochester community does will determine whether we’ll survive the impact of the changes in our own major industries, our suburban sprawl, our racial isolation. Rochester hasn’t reached Detroit’s depths yet. Maybe we never will. But the warning signs are there.”

NeighborWorks Rochester is among the mainstay organizations working to make sure the city never will.
at 12:30 PM No comments: