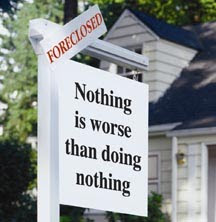 NeighborWorks America, the administrator of the National Foreclosure Mitigation Counseling (NFMC) Program, announced that more than 1.1 million homeowners across the nation have received foreclosure counseling through the NFMC Program, according to the Program’s sixth Congressional report.

As of June 30, 2011, more than 1,168,062 homeowners in all 50 states, the District of Columbia and the U.S. Territories have received foreclosure counseling as a result of NFMC Program funding.

In December 2010, an independent analysis of the NFMC Program showed that NFMC Program clients in foreclosure were 1.7 times more likely to cure a foreclosure and potentially avoid losing a home, than homeowners who did not receive foreclosure counseling. In addition, NFMC clients who received loan modifications reduced their monthly mortgage payments on average by $267 more per month than they would have without NFMC counseling. This represents an annual savings of over $3,200 per homeowner.

The sixth Congressional Report also found that the largest share of foreclosure mitigation counseling provided by the NFMC Program has gone to assist struggling homeowners in the states hardest hit by delinquencies and foreclosures, such as California and Florida. Minority and low-income homeowners and neighborhoods, which have been disproportionately impacted by the foreclosure crisis, are well-served by the NFMC Program: 31 percent of NFMC Program clients were identified as racial minority homeowners, 20 percent were of Hispanic origin, and 66 percent were classified as low- income.

Homeowners who would like to receive foreclosure counseling can visit http://www.findaforeclosurecounselor.org/ to find a NFMC Program-funded counseling organization in their community.For more information about the NFMC Program, visit www.nw.org/nfmc.
at 11:41 AM No comments: