How to move from financial education to behavior change? Consider coaching

A new survey commissioned by NeighborWorks America found that nearly a third of all adult Americans have no emergency savings in place. Clearly, the education and resources offered by a myriad of organizations have not yet reached large numbers of people -- or resulted in the holy grail, behavior change. The first post in this two-part series explored why. In this second post, the story of Jesusita and Ruben Hernandez shows how financial coaching can help reverse that trend.

When Ruben and Jesusita got married eight years ago, their love was enough to turn their lives around in so many ways. But when it came to their finances, they were a mutual disaster.

“I’m one of those guys who could never seem to pay back the money I owed,” admitted Ruben. “Jesusita was a little better, but had run up a lot of debt herself. In fact, when I first met her, she had declared bankruptcy. Neither one of us had learned those kinds of life skills.”

Their household grew to include three children, now aged 9, 11 and 16 -- two of their own and one from a previous relationship. Jesusita worked as a pension analyst and Ruben left his job as a roofer to earn an associate degree in sociology, with a goal of eventually helping troubled youth. He worked at Target to supplement Jesusita’s income. Their big dream was to own their own home, but they didn’t know how to make that happen. They were living from paycheck to paycheck.

That’s when they found The Unity Council in Oakland, CA, at a local seminar for first-time homebuyers. The couple was guided into a class on budgeting.

“We hadn’t been paying attention to the little things,” admits Ruben. “They had us write everything down that we spent money on, down to a pack of gum. We discovered, for instance, that we’d been spending about $800 a month on fast food!”

The class was the couple’s “wake-up call.” To convert their new-found awareness into a new way of living required something more – financial coaching.

Financial-education classes and counseling are vital – the former shares required information and the latter directs clients as they implement specific actions they need to take, such as improving their credit ratings. However, some clients can benefit further from coaching -- which picks up where education and counseling end and keeps the momentum going.

“Coaching is non-judgmental and client-directed,” explains Christi Baker, a faculty member for NeighborWorks America’s training program for financial-capability professionals, adding that the technique is often combined with counseling, such as during a time of crisis when a little bit of direction is needed as well. “It begins with clients exploring what is important to them and then taking accountability for doing what it takes to achieve it. The coach offers support and encouragement, but the client is clearly in the driver’s seat. ”

The biggest shift in orientation for professionals new to coaching is learning to resist the desire to provide the answers to clients’ problems. “After all, we entered this profession because we want to help,” she says. “But to really transform our clients’ lifestyles so that the benefit is lasting, they need to learn to take control. So, for instance, it’s still good to share a suggestion with clients, but you’d ask if they want to hear it, then back off after you put it forward and let them come to the ultimate decision.”

And on the clients’ part, coaching is not how they are used to receiving assistance, Baker notes. “Usually, they are told what to do and that can be comforting. Dealing with finances can be very emotional, and the resistance to change very entrenched. Our relationship with money is formed over a lifetime, after all.”

Baker says that while some clients drop out, all of those who stick with it (generally for three to six months) achieve the goals they have set for themselves. She estimates a third of the clients she has counseled or overseen have dropped out, with many of those returning later. Sheri Powers, director of The Unity Council’s Homeownership Center in Oakland, CA, says only three of the organization’s first group of 60 coaching clients did not complete its program. 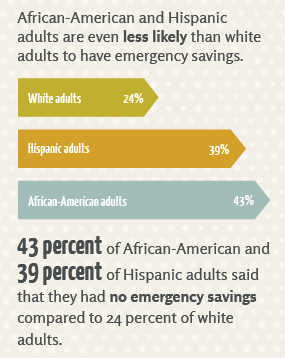 In fact, an analysis of the results from the 30 organizations (including The Unity Council) participating in the NeighborWorks America/Citi Foundation demonstration project found that 54 percent of clients with no savings at the beginning had accumulated a median of $668 by the end, 55 percent had decreased their debt by a median of $3,005, and 47 percent had increased their credit scores by an average of 59 points.

“It’s not uncommon for clients to feel uncomfortable, depressed and even angry in the beginning, as they confront the many mistakes, on their part and others’, that got them to where they are,” says Powers. “But we help them discover that there is a way to get to where they want to be.”

That certainly was true for Ruben and Jesusita Hernandez.

Their educational classes evolved into a coaching relationship, leading to the couple’s realization that before taking on the financial obligations of a house, there were other priorities that were more important to them: Ruben wanted to finish school, and the family needed a new car. To get there, they needed an action plan. Their financial coach from The Unity Council helped them sort through their priorities and identify both how to decrease their expenses so they could save, and what they could do to improve their credit scores. For example, they began cooking at home most of the time, leading to the unexpected side benefit of feeling healthier. And in addition to creating their first savings account, their marriage strengthened.

“We used to argue all the time about finances, or we’d make decisions without consulting the other one. But now, we decide together what we need to do. In that way, coaching was a bit like therapy,” Ruben laughs.

Saving money has even become a family affair. “I learned that I can nurture my children and make them happy, without buying them things all the time,” says Jesusita. “Now we talk to the kids about what we are doing. They know we want to buy a house, but have a few goals we have to achieve first. We are very open with them about that.”

Today, their credit score has increased significantly, and they have savings built up to cover an emergency. Ruben has completed his associate degree. The couple has decided together that before going on to earn his bachelor’s degree, he will return to his work as a roofer on a traveling construction crew – a job that pays enough to allow them to save the necessary money for a down payment.

“I figure all I need to do is work that job for about a year or a little more,” says Ruben, adding that in the meantime, he will take his prerequisite courses online. “I’ve missed out on family time before for bad reasons. This time it will be for our future, and we’re both pulling together.”