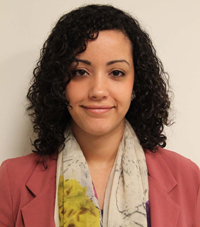 As I watched the ABC program “Extreme Makeover” during the holidays, I saw in the faces of an entire community why neighborhood revitalization is so important.

Through the efforts of NeighborWorks member Homeport in Columbus, Ohio, the ABC hit show came to American Addition, a neighborhood Columbus Mayor Michael B. Coleman said was “the most egregiously neglected urban neighborhood I have ever seen.”

﻿﻿It was heartwarming to see national visibility brought to the work Homeport is doing to invest in this distressed neighborhood, and to see the true impact rebuilding a community has on families. Neighborhood stabilization is more than rehabbing abandoned and foreclosed homes and buildings, putting them up for sale or rent and protecting property values.

It is also about the people. ﻿It is about putting families back in homes, providing safe and secure communities, and bringing back important community connections and infrastructure, such as parks, playgrounds and community spaces.

This is the long-term vision Homeport has for American Addition. The organization used Extreme Makeover as a launching pad for its efforts to rebuild 100 new homes over the next 10 years using Neighborhood Stabilization Program grants, city funds and private investments. In October 2011, Homeport broke ground on the first six lots with homes to be completed by February 2012. All of the houses will be built to green standards. [See Homeport’s story behind Extreme Makeover and American Addition].


If you’d like to see how else Homeport and other NSP grantees are successfully using program funds to reinvest in declining neighborhoods, view these videos. The videos were produced by HUD in collaboration with NeighborWorks America and Enterprise Community Partners.﻿﻿﻿
at 4:31 PM No comments: