Have a story to tell? Try focusing on the ‘naked voice’

Video is all the rage these days, with YouTube views in the millions and the rise of new social-media apps like Vine. But while there is no doubt that video is a powerful way to tell a story, it can be an expensive, time-consuming tool – and not always the best or only way to “move” hearts and minds.

At May’s NeighborWorks Training Institute symposium, Telling a Purposeful and Powerful Story, three of the speakers highlighted what they call one of the most overlooked vehicles for storytelling – oral narratives. 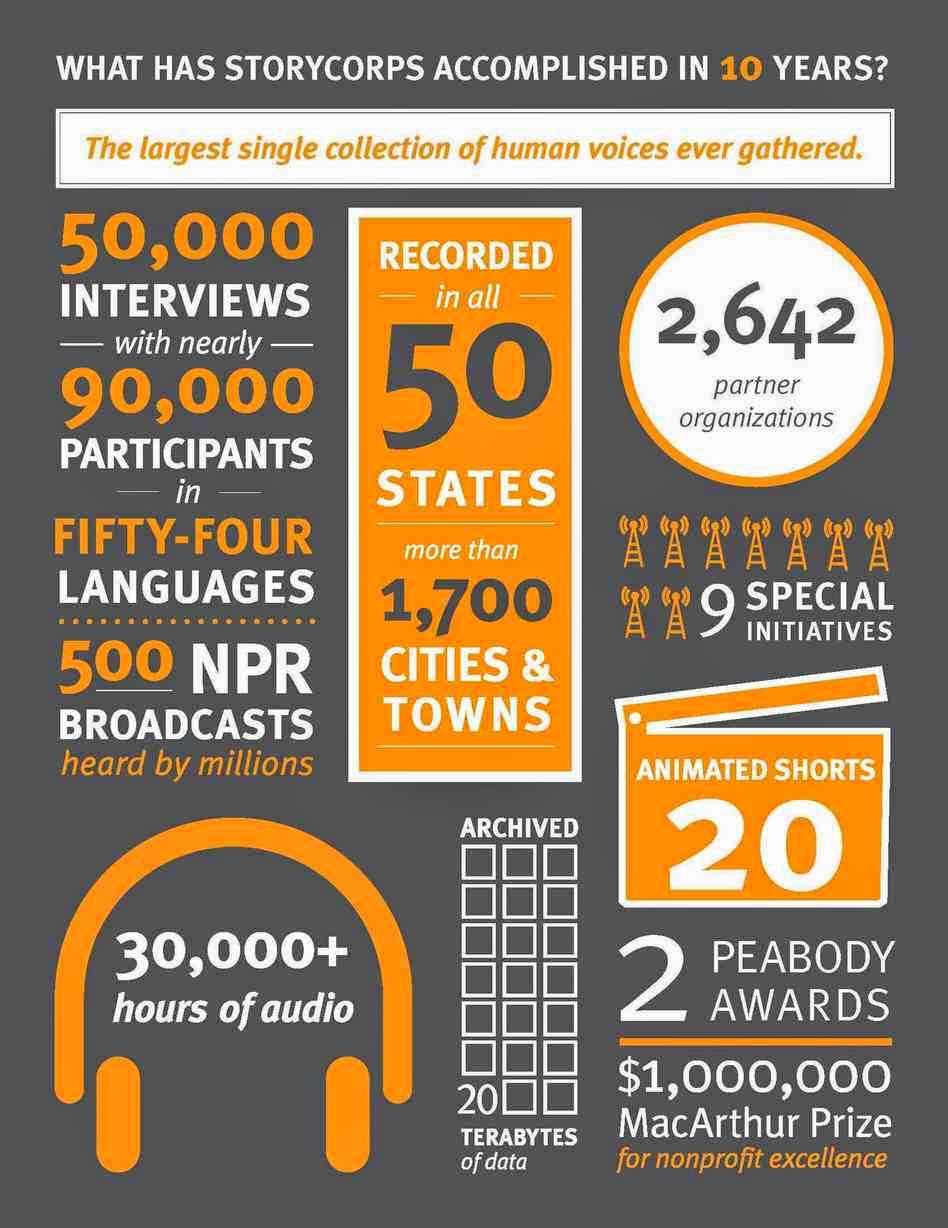 “The soul is ‘contained’ in the human voice,” says Dave Isay, founder of StoryCorps, former NPR producer and the symposium’s keynote speaker. “It’s like someone is whispering in your ear; it’s much more intimate. When it comes right down to it, everything else is a distraction.”

I know exactly what Isay means, in a very personal way. Several years ago, as my mother and father edged into their 80s and I knew their years were likely numbered, I ordered a “do-it-yourself home kit” from StoryCorps so that I could capture their memories, and their advice for the next generation, before it was too late. (Today, it is much easier; you only need your smart phone or laptop to record, then upload a recording to StoryCorps’ Wall of Listening. Check it out.) Last August, my father succumbed to illness, and died before I could fly out to be with him. Alone in my sadness, I played the recording of our conversation. Indeed, it was like he was “whispering in my ear.”

I really don’t believe that the stories told by my father would have touched me in such a deep, visceral way if I had watched a video, with its attendant focus on background, lighting and physical appearance. If you doubt the impact that the “naked voice” can have, listen to the StoryCorps selections aired each week on NPR's Morning Edition. (There were few dry eyes in the room when the 400-plus attendees at our Louisville NTI symposium listened to the stories played by Isay during his talk.)

For nonprofits with small budgets, there is another advantage of oral stories, says Neal Augenstein, the tech editor for DC’s WTOP radio and a symposium workshop leader. “Audio is easy to digest, and unlike video, can be appreciated even while listeners are doing something else. Video is also very difficult to do well, and bad video isn’t worth doing.”

One NeighborWorks organization is about to experiment with its own oral narrative project: Neighborhood Housing Services of Chicago is working with the StoryCorps organization through the local NPR affiliate, WBEZ. A team will set up a booth at one of the organization’s offices Aug. 5, record six to eight stories and help edit them down to two to three minutes for social-media and other types of sharing. The organization lucked out; Chicago is one of three U.S. cities where StoryCorps operates permanent recording centers (StoryBooths), along with Atlanta and San Francisco. (In the next few weeks, the studio in Chicago -- located in the Chicago Cultural Center, an 1897 historical landmark --  will be expanded to include an exhibition space, including interactive listening kiosks and a photo wall.)

Organizations located in other cities may pay a sliding fee for a crew to come to them. You can also record oral narratives on your own (the next post in this series offers tips). However, only StoryCorps-facilitated interviews not included in its Library of Congress collection or considered for airing on NPR. (A warning: Don't consider participating in an activity like this based on possible NPR coverage! StoryCorps reports that due to the sheer volume of narratives it collects, fewer than 1 percent are aired. Rather, do it to incorporate compelling storytelling into your own outreach and promotion.)

The stories collected by NHS of Chicago will focus on the importance of home, tying into the Home Matters initiative.

“We’re very good at collecting data to document our work, but we want to find more creative ways to tell the story behind the numbers,” explains Mary Carlson, director of resource development and public affairs for NHS of Chicago. “I’m a longtime fan of the NPR StoryCorps segments and wait in my car before going into the office just so that I can listen. When you focus in on just the voice, you feel like you’re in your own ‘bubble.’”

Next post: A New Jersey organization uses audio storytelling to build community by connecting residents with their history.