Here's some of the major areas where NeighborWorks is having impact: 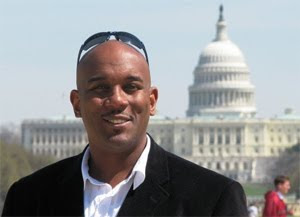 Interest rates on mortgages are at record low levels, but the interest rate on another staple of consumer credit – credit cards – have not come down alongside. That’s the news from The Wall Street Journal recently, which reported that credit card interest rates are at the highest relative level in more than 20 years.

The average consumer who carries a balance on a credit card is paying nearly 15 percent interest, more than three times the cost today of a 30-year fixed rate mortgage loan.

But while credit cards are necessary for many consumer transactions today – reserving a hotel, rental car or for shopping online -- the wise use of credit cards will save money.

Here’s some advice that NeighborWorks organizations that offer financial literacy and capability training are telling their customers:

Buying items that exceed your weekly or monthly budget on layaway, or paying a little bit of the purchase cost over time, cuts down on the use of credit cards and their high interest cost. Inquire at your favorite retailer to see if they have a layaway option.

The bottom line is that even though credit card interest rates are climbing, consumers don’t have to risk a financial fall by using them. 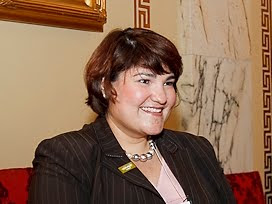 Realty Trac reported today that foreclosure filings in July were up nearly 4 percent from the previous month. But when compared to this time last year, foreclosure activity has actually dipped 10 percent.

While the drop in default notices, scheduled auctions and bank repossessions over the last year is a good sign, Marietta Rodriguez, NeighborWorks America’s director of homeownership and lending, cautions against "breathing a sigh of relief."

In an interview with NPR this morning, Rodriguez said that lack of employment is a major problem driving many homeowners over the edge to foreclosure.

“On the ground, our counselors are telling us they're seeing more and more consumers, more and more borrowers seeking help — that their numbers are not decreasing," Rodriguez said in the NPR interview.

Indeed today, NeighborWorks America announced that more than one million homeowners facing foreclosure have been counseled through the Congressionally-funded National Foreclosure Mitigation Counseling (NMFC) program. And 58 percent of those being counseled report that job loss is the reason they are facing foreclosure.

NFMC has found that foreclosure counseling works. Homeowners served through the program are finding a solution to foreclosure and receiving indispensable information and guidance. A recent independent NFMC report found that the program’s clients were 60 percent more likely to avoid losing their homes to foreclosure than those who went without counseling. In addition, NFMC clients were more likely to receive a loan modification, and on average, saved $454 more on their monthly mortgage payments per month, than homeowners who received modifications but did not work with a counselor. 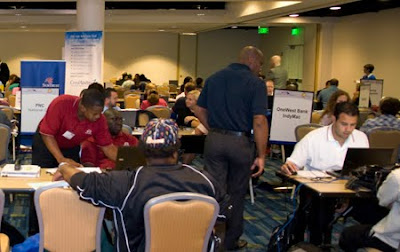 At a time when foreclosures continue to significantly affect the housing market and the national unemployment rate hovers around 9 percent, foreclosure intervention counseling provided by NFMC Program-funded nonprofit housing counseling organizations is helping homeowners across the country find a solution to foreclosure and receive indispensable information and guidance.

Much more on this important announcement can be found in the NeighborWorks newsroom. 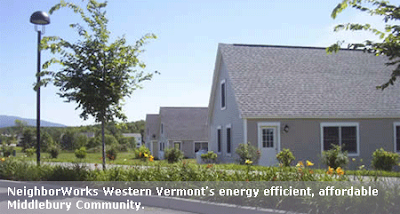 Energy-efficient homes, although more common in recent years, remain rare. According to the Environmental Protection Agency, some 99 percent of US homes remain damp, drafty and expensive to heat and cool. US Department of Energy data show that buildings, including residential properties, account for nearly 50 percent of US energy consumption, while transportation accounts for about 30 percent.

That is why the Department of Energy is awarding more $3.2 billion to assist US cities, counties, states, territories, and Indian tribes in developing, promoting, implementing, and managing energy efficiency and conservation projects and programs.

NeighborWorks of Western Vermont was recently awarded $4.5 million through this Energy Efficiency and Conservation Block Grant program to implement local energy efficiency and renewable energy programs that will reduce energy use by homes, vehicles and businesses. Via NeighborWorks of Western Vermont, Rutland County will be one of two communities in New England to be served through the block grant program.

NeighborWorks of Western Vermont will use the funds to enhance an incentive program offered through Efficiency Vermont and will also work with Central Vermont Public Service, Green Mountain College and several local banks. They will offer efficiency audits, which look at what improvements can be made to a home, and then manage the construction while those improvements are made. They will fund improvements with a combination of cash rebates and loans and they hope to structure the loans so the payments from homeowners are less than the projected savings from the improvements.

NeighborWorks of Western Vermont hopes Rutland County will lead the state in energy efficiency, according to the executive director, Ludy Biddle. She said helping homeowners make such improvements has been a goal for the organization since an “energy summit” that they organized in September 2009. 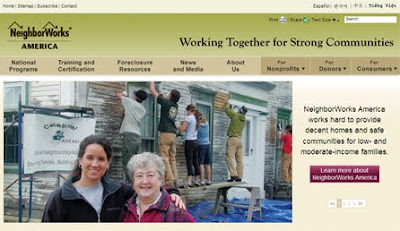 Have you seen it yet? Nw.org has a fresh look!

This “makeover” creates a simpler, cleaner front page for nw.org and provides easy-to-navigate gateways for nonprofit housing practitioners, our private-sector partners and consumers seeking information on their homes and communities. This information for consumers also is available in four languages — Spanish, Korean, Vietnamese and Chinese — allowing us to serve the needs of more people in our communities.

Please note that this “facelift” is not a redesign of the entire website. The homepage as well as the new sections for partners and consumers have been redesigned to better meet the needs of those audiences. But at this stage, the majority of the site remains as it has been. In the remaining months of 2010 and throughout 2011, we will bring additional pages into the new look.

Check out the nw.org facelift. We think it’s a great start and an awesome new look! Let us know your thoughts. 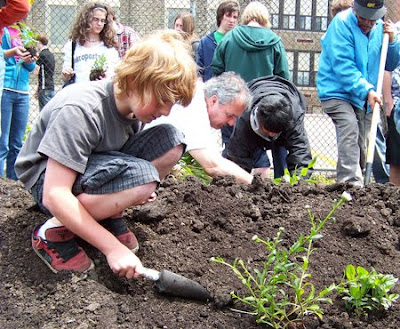 Today NeighborWorks America announced its support for the 2010 National Farmers Market Directory recently released by the United States Department of Agriculture. The 2010 National Farmers Market Directory lists 6,132 operational farmers markets in the United States, which is a 16 percent increase since 2009. NeighborWorks America and its affiliates are taking part in this trend of transforming vacant and abandoned lots into community gardens and farmers markets.

Studies and surveys have shown that the use of community gardens and farmers markets help improve personal well being and enhance social relationships among residents while providing the community with an increased supply of fresh food. Gardens and markets generate community support through the involvement of local governments, youth, faith based organizations, businesses, banks and residents. The collaboration between these kinds of organizations and residents is a key part of the work done by NeighborWorks organizations with active community building operations.

The United States Department of Agriculture reported 1,755 farmers markets operating in the United States in 1994. From 1994 to 2010, there has been a 44 percent increase in markets nationwide from 1,755 to 6,132. In an effort to go green and provide neighborhoods with an abundant amount of locally grown food, NeighborWorks organizations in Sacramento, C.A., Rochester, N.Y., Rapid City, S.D., Utica, N.Y. and Orange, N.J. are taking part in this growing trend. 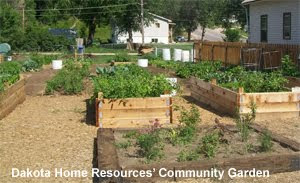 Among the recent efforts is a resident launched program with Dakota Home Resources, a NeighborWorks organization in South Dakota. At first Dakota Home Resources purchased a foreclosed house with the intent to rebuild it and place a homeowner in the house. However, the house needed to be demolished because it was too dilapidated to rebuild and in keeping with Dakota’s history of community engagement it sought resident input on next steps. The residents suggested that the lot should be used for a community garden with the hope that a garden would create broader benefits. Everything except the lot itself was donated by residents and other members of the surrounding community- the tools, mulch, water, compost piles, piping and manual labor. The garden opened on June 1, 2010 with 20 plots, all of them filled.

“The community garden has really brought the residents together on a united front,” said Jolee Wolf from NeighborWorks Dakota Home Resources. “The garden has not only decreased crime in the area; but has strengthened the bond between the police force and residents of the community.”

Oak Park is considered a food desert because the overwhelming number of fast food restaurants in comparison with the number of grocery stores with fresh produce. Just as with the Dakota Home Resources, residents were the catalyst for this NeighborWorks organization project.

Oak Park residents went to NeighborWorks Sacramento and tapped the nonprofit’s organizational and financial capacity to develop a farmers market. Months of planning went into creating this market that’s now open five months of the year. At this weekly market, partners, vendors and NeighborWorks Sacramento have tables where they talk to residents about nutrition education and other programs the members of the community offer.

“We’ve gained a lot of support and attention from the residents and community,” said Sharon Eghigian from NeighborWorks Sacramento. “People love having the opportunity to buy local food. The Oak Park Farmers Market has a fun and exciting atmosphere with informational booths, activities for kids and a variety of vendors and farmers.” 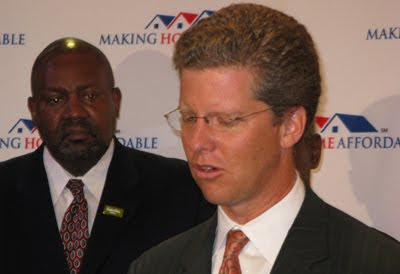 [VIEW PHOTOS ON FACEBOOK]
NeighborWorks America CEO Ken Wade joined HUD Secretary Shaun Donovan, and Atlanta Congressmen John Lewis, David Scott and Hank Johnson at a recent “Help for Homeowners” event. The two-day event, which kicked-off on Friday, July 30, at the Marriott Marquis in downtown Atlanta, was hosted by HUD, the US Department of Treasury, the Hope Now Alliance and NeighborWorks America. More than 2,300 homeowners attended and had the opportunity to meet one-on-one with their mortgage lenders or HUD-approved counseling agencies to find out if they qualify for various modification options, including the Making Home Affordable Program.

Maryanne Tavarez of Union City, a suburb of Atlanta, was glad to meet with her lender. Tavarez was forced to stop working due to a work disability. Then, her husband lost his job, and abandoned both her and the house. “My husband just got frustrated and moved out of the house and left no money. I applied for a modification as a single person and my brother said he would buy my house,” said Tavarez. “But, on July 6 they foreclosed on my house. I was scared every day and did not know when the Sherriff would show me out. Citi Mortgage sent me an invitation to attend this event. I thought maybe if I go it will all work out.”

Tavarez got her wish. She met with representatives from Citi Mortgage who reviewed her case and modified her loan to affordable monthly payments. “Citi went above and beyond the call of duty. They listened, looked and checked and said that I will no longer be in foreclosure,” said a beaming Tavarez.

In recent years, the number of failed mortgages more than doubled in Metropolitan Atlanta. The rate of foreclosures in the area is currently 3.18 percent, which is slightly higher than the national average of 3.15 percent.

Larry Gilmore, acting director of HOPE Now and CEO of HOPE LoanPort and Phyllis Caldwell, chief of Treasury’s Homeownership Preservation office were also in attendance at the event. They were joined by NeighborWorks representatives Marietta Rodriguez, national director of Homeownership and Lending and Hillary Wiley, communications and public affairs management consultant. Wiley was on point for media relations and co-hosted the loan modification scam alert table with Rodriguez.

NeighborWorks Southern District Director Don Phoenix had the opportunity to mingle with the congressmen and interact with several homeowners in crisis. “There are a lot of people in need, and this event provides an option for getting some assistance,” said Phoenix. “It was a very well done event.”

Help for Homeowners was covered by FOX News and the Atlanta Journal Constitution.