NFMC Report: More than Half of Families Facing Foreclosure Affected by Job Loss 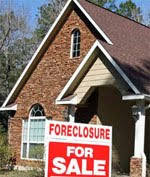 Today NeighborWorks America, the administrator of the National Foreclosure Mitigation Counseling (NFMC) Program, announced that 58 percent of homeowners who received foreclosure counseling through the NFMC Program reported the primary reason they were facing foreclosure was reduced or lost income. The news is found in NeighborWorks’ fifth Congressional report, which outlines NFMC Program activity through January 31, 2010.

"With unemployment numbers not likely to dip below 9 percent in 2010, our report proves what many already believed to be true. Unemployment and reduced income are having a devastating effect on our nation’s homeowners,” said Ken Wade, CEO of NeighborWorks America. “While Congress and state governments have stepped up and extended unemployment benefits to help families survive this tough economic climate, it’s time for mortgage servicers and investors to make meaningful accommodations for homeowners facing foreclosure. If they don’t, we’ll see even more empty houses and devastated neighborhoods in our communities.”

Greater detail on the findings of this report can be found in the NeighborWorks newsroom.