Is there truth to those renter stereotypes?

The national “ethos” that values homeownership over renting has a long history. On Dec. 2, 1931, for example, President Herbert Hoover said in an address to the White House Conference on Home Building and Homeownership, “[There is] the high ideal and aspiration that each family may pass their days in the home that they own…There can be no fear for a democracy or self-government or for liberty or freedom from homeowners, no matter how humble they may be.” 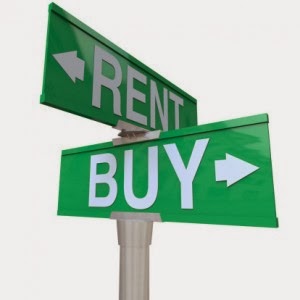 A white paper from the National Multi-Housing Council observes that today, its members encounter so much preference for homeowners that, “When an apartment community is proposed… local activists respond with NIMBY (not-in-my-backyard) complaints so frequently that some have suggested a better acronym might be BANANA (build absolutely nothing anywhere near anyone).”

Every renter is different, of course, just as are homeowners. So some renters – whether they live in an apartment building or single-family house -- don’t take care of their living environment or interact with their community as much as is ideal. (The consensus seems to be that a critical determinant is whether the planned stay is temporary or longer term.) As for impact of rental housing on property values, it depends on a lot of factors, such as the number of units, the characteristics of the tenants and the nature of the owners and management. But the facts don’t support broad generalizations.

Most studies in this arena have focused on clusters of rental housing -- such as apartment complexes -- and on lower-income tenants, rather than on scattered, individual rental homes. But the findings offer plenty of caution about buying into negative stereotypes related to either quality of community living or property values.

For example, the Joint Center for Housing Studies found several years ago that apartment residents – who represent the highest-density renters – are almost twice as likely to socialize with their neighbors as homeowners, and are just as likely to belong to structured social groups and to closely identify with the town or city in which they live. (The one area in which apartment residents significantly lagged homeowners in this study was voting in local elections.) It’s true that other studies have produced data suggesting that homeownership is associated with a better social environment, such as a lower crime rate, improved educational achievements among children and greater involvement in neighborhood organizations. However, these studies typically don’t control for confounding factors such as chronic unemployment. The bottom line: The picture is clearly mixed, with data available for arguments on both sides. 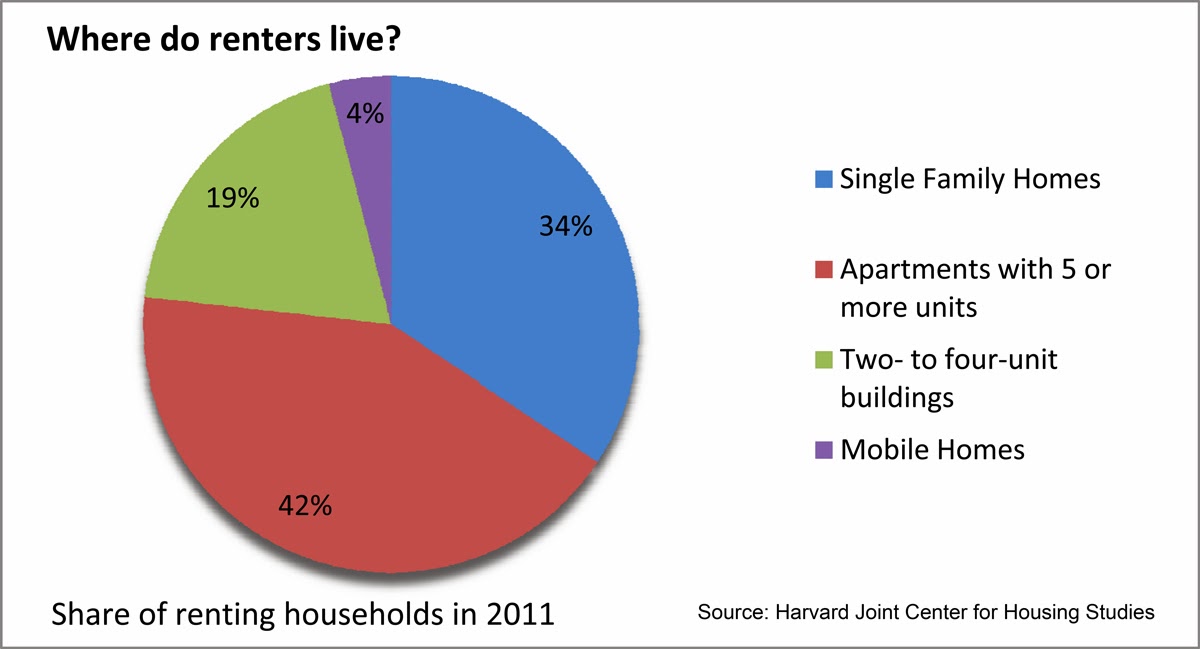 As for property values, a Boston study by the MIT Center for Real Estate concluded that, “the introduction of large-scale, high-density mixed-income rental developments in single-family neighborhoods does not affect the value of surrounding homes. The fear of potential asset-value loss among suburban homeowners is misplaced.” A presenter to Harvard’s Joint Center for Housing Studies’ Revisiting Rental Housing summit agreed, writing, “The fear that housing density will hurt property values seems to be primarily based on anecdotes. By contrast, most research has come to a different conclusion: In general, neither multifamily rental housing, nor low-income housing, causes neighboring property values to decline.”

Bernadette Orr, director of community building for NeighborWorks America, observes, “Most of our groups that work at the neighborhood level deal with these stereotypes and the resulting challenges in one way or another. That’s why our groups have gone in the direction of helping to support neighborhood associations instead of homeowners associations.”

Of course, anecdotes of the negative consequences of “the renters” abound. Even some of the nonprofit housing professionals interviewed for this series had such stories to tell from their own neighborhoods. Whatever your point of view or experience, however, renters are here to stay. The demand for affordable rental housing – homes or apartments – is growing. According to a December report from Harvard’s Joint Center for Housing Studies, American households are increasingly turned to the rental market for their housing. From 31 percent in 2004, the renter share of all U.S. households climbed to 35 percent in 2012, bringing the total number to 43 million by early 2013.  And they aren’t just young adults just out of college; a third are between the ages of 35 and 54.

So what can be done to bridge the divide between renters and owners? The next two installments of this blog will explore innovative solutions from member organizations. Check back daily to read the rest of the series, or sign up (see box, right) to receive new posts directly in your inbox.